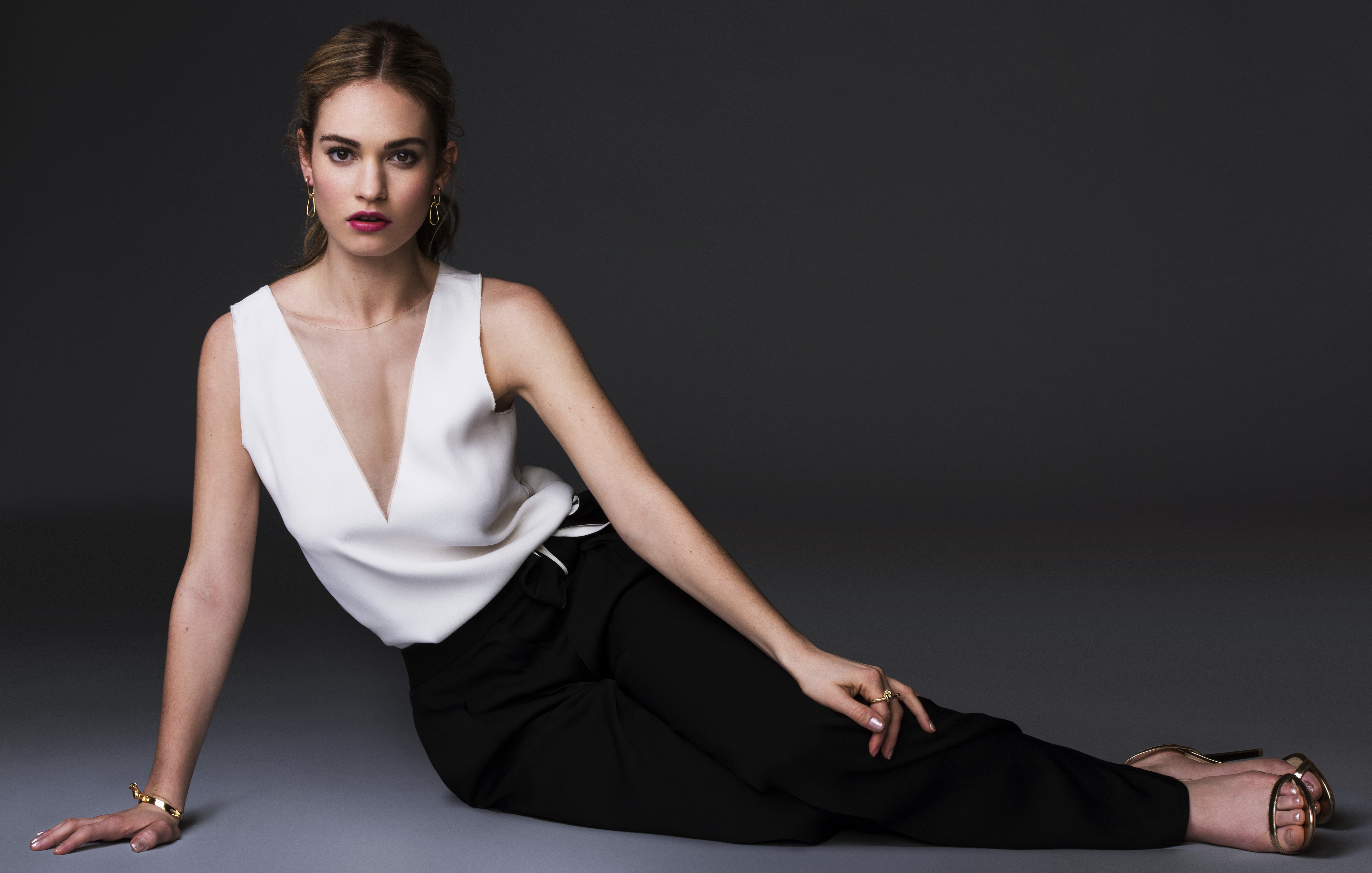 END_OF_DOCUMENT_TOKEN_TO_BE_REPLACED

We were very sorry to hear of sound editor Paul Apted’s passing this July 4th to colon cancer. Less of a recognizable name than his father Michael (director of such films as The World Is Not Enough and The Chronicles of Narnia: The Voyage of the Dawn Treader), Paul was nevertheless a veteran of the film industry, working on both numerous high profile and smaller scale films over the past two decades. He was 47. END_OF_DOCUMENT_TOKEN_TO_BE_REPLACED

As Transformers: Age of Extinction explodes the box-office everywhere, attention has once again turned to its director, Michael Bay. Regularly put down by critics, his films almost invariably make tons of money to the point where he’s been labeled “critic proof”.

Personally I don’t think I’d list any of his films among my top favorites but I actually have a lot of respect for the man. He’s a hard-worker who clearly knows his stuff and has his own, unique, distinctive style. Though he has many copycats, it’s undeniable there’s nothing quite like a Michael Bay film.

Tony Zhou over on Vimeo just posted a fantastic video dissecting Bay’s style and whether you like the man or not, it’s a must watch. END_OF_DOCUMENT_TOKEN_TO_BE_REPLACED

-Take one more step and I’ll deck you…”

Thirty plus year olds have Titanic, but most women in their twenties today would agree, The Notebook was it, one of their absolute favorite movies. I’m not ashamed to say it’s one of mine as well. Adapted from a Nicholas Sparks novel, the film was a huge hit in 2004 launching its two young stars, Ryan Gosling and Rachel McAdams, into the stratosphere.

Audiences swooned for the epic romance on screen just as they swooned for the apparent epic romance in real life, as Gosling and McAdams very publicly dated for three to four years. They were the Edward & Bella of their time. People loved to love them, equating the two thespians with their characters and dreaming of a happily ever after. Except it turns out they couldn’t stand each other. Whoops. END_OF_DOCUMENT_TOKEN_TO_BE_REPLACED

Maybe whispering to ghosts can help solve the case, what do you say Agent Hotchner?

She’s partied with five, did something last summer, fought alongside Jackie Chan, took care of Garfield’s health, whispered to ghosts and gave her massage clients a happy ending. Now CBS has announced that Jennifer Love Hewitt will join the cast of Criminal Minds, one of the channel’s many, many cop shows, when its 10th season premieres this October. END_OF_DOCUMENT_TOKEN_TO_BE_REPLACED

I have my Amul cheese with Thums Up!

French Foreign Minister Laurent Fabius is in India these days and thus took the opportunity to bestow one of its biggest stars with his France’s highest civilian honor. END_OF_DOCUMENT_TOKEN_TO_BE_REPLACED

UPDATE: Ken Jeong will also be in the film, playing a computer hacker who fancies himself a ladies man but who also is key in solving the case that Cube and Hart are working on.

This year’s “urban” buddy cop comedy Ride Along was a huge hit in the US when it premiered earlier this year, so naturally it’s getting a sequel. Two of the original’s four (!) screenwriters, Phil Hay and Matt Manfredi (also Clash of the Titans, Æon Flux, R.I.P.D.) return for the sequel which will again center on security guard Ben Barber (Kevin Hart, Scary Movie 3 & 4) and his would-be brother-in-law, tough Atlanta cop James Payton (Ice Cube, 21 Jump Street) and also be directed by Tim Story (also Fantastic Four 1 & 2).

According to The Hollywood Reporter, former Attack of the Show! co-host, The Newsroom actress and infamous Brett Ratner shrimp fling Olivia Munn (also seen in Magic Mike) will join the anticipated sequel as a Miami homicide detective and love interest for Ice Cube’s character. Perhaps not coincidentally, the 33 year-old actress’ latest film, the “true horror” pic Deliver Us from Evil, is just about to release Stateside.

What do you think of Munn’s addition to the film? Does she have the chops to plays it up with Cube & Hart? Or will she just be token eye candy? Watch some of her early AotS comedy after the jump and sound off in the comments! END_OF_DOCUMENT_TOKEN_TO_BE_REPLACED

Acclaimed writer, director and occasional actor Paul Mazursky passed away Monday in Los Angeles from a pulmonary cardiac arrest. He was 84.

The five-time Oscar nominee started out as an actor in Stanley Kubrick’s first fiction film Fear and Desire at the age of 22, after being noticed in a play. 1969 saw the release of his first directorial effort, Bob & Carol & Ted & Alice, starring Natalie Wood, Robert Culp, Elliott Gould and Dyan Cannon, which he also wrote and was nominated for four Academy Awards.

His last work as a director is the 2006 documentary Yippee and he had also remained active as an actor, recently appearing on the TV show Curb Your Enthusiasm and voicing a character in Kung Fu Panda 2.

Our thoughts go with Mr Mazursky’s family and friends, including his widow Betty and daughter Jill. If you are unfamiliar with his work, I’ve included an interview and a few trailers after the jump. END_OF_DOCUMENT_TOKEN_TO_BE_REPLACED

UPDATE: French media has been citing this article left and right, which led to Lorie Pester’s talent agency ECI to tweet one of the articles. If that’s not a confirmation I don’t know what is…just remember, you heard it here first!

French singer/actress Lorie Pester has been cast opposite Jackie Chan in the action extravaganza Dragon Blade, currently shooting under the direction of Daniel Lee (Black Mask, 14 Blades,…), we can exclusively report.

The historical epic, which also stars American actors John Cusack (Being John Malkovich) and Adrien Brody (The Pianist), is set to be China’s most expensive production to date with a budget of $65 million. It tells the story of a Roman general (Cusack) who disappears into Han Dynasty China with his 1,000 man legion and is hunted down by Tiberius (Brody), another Roman general. Chan plays a Chinese commander who teams up with Cusack.

Pester spent most of last week shooting scenes for the film in the Gobi desert. It is unclear at this point what role she is playing, but it is safe to say her character is connected to Cusack’s in some way as the two seem to have become fast friends based on their flurry of tweets.

Nevertheless this casting is sure to mark a turning point in the career of the young woman, who has been written off by many in her home country but may end up being an action star to watch. END_OF_DOCUMENT_TOKEN_TO_BE_REPLACED

Sylvester Stallone‘s current writing/directing/acting project The Expendables is quickly shaping up to be one of the greatest action movies of all time. Indeed apart from Stallone, the film already stars Jason Statham (the Transporter movies) and Jet Li (The Mummy: Tomb Of The Dragon Emperor), and now Dolph Lundgren has joined the cast, reuniting with Stallone 23 years after their epic boxing match in Rocky IV.

The casting was announced by Stallone at the premiere of Transporter 3 in Las Vegas. Lundgren was actually Stallone’s second choice, but Jean-Claude Van Damme (who co-starred with Lundgren in Universal Soldier) turned down the offer, saying he wanted to take his career in another direction. Arnold Schwarzenegger (the Terminator films) has also been offered a part as has Forest Whitaker (Street Kings).

Set in South America, the film will follow a group of mercenaries that take dangerous jobs that no one else will as they attempt to overthrow a dictator and the opening scene reportedly features Statham’s character eliminating a Mexican drug lord while dressed as a homosexual. The Expendables should start filming early next year in Louisiana and Costa Rica for a 2010 release.

This will of course not be Stallone’s first stab at directing. The man has indeed plenty of experience behind the camera, having written or co-written most of his films and directed quite a few of them (including the last Rambo film and four of the Rocky movies). Stallone has talent there is no doubt, and a lot of people seem to forget that his screenplay for the first Rocky was Oscar-nominated.

The Movie Planet
Create a free website or blog at WordPress.com.